Meet Our Directors - MJCCA Summer Day Camps
Save $30 per week, starting with your 4th week of camp!
My favorite camps

You have not selected any
camps yet. Click here to begin
your camp search!

Want to send a message to one of our directors?  Click here! 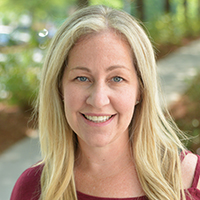 Jodi has been highly involved with MJCCA Day Camps since she began working at the MJCCA in 2017 as the Director of Club J, the MJCCA’s after-school program. A St. Petersburg native and University of Florida graduate, Jodi has called Atlanta her home since 2005, and the MJCCA has been an integral part of her life since her children, Dylan and Samantha, were born. As students of The Weinstein School, campers at MJCCA Day Camps and Camp Barney Medintz, and participants in Youth Sports programs, Jodi’s children have grown, learned, and made lifelong friends at the MJCCA. Jodi is beyond excited to keep making amazing summers possible for your children. 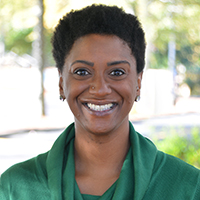 Tiffany joined the MJCCA Day Camps team in the summer of 2021. She is a graduate of The School of Theatre and Dance at East Carolina University and an award-winning, classically trained actor, director, and producer in Atlanta’s live theater scene. She most recently worked as education associate for the largest regional theater in the Southeast, as co-founder and board member of a female-centric theater company, and as a consultant. She lives in the historic district of Poncey-Highland with her turtle named Tuck.
Robyn Winnick - Director of Community Care, MJCCA Day Camps 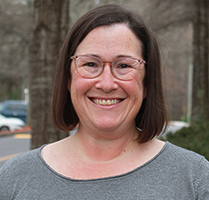 Robyn returns for her second summer as Community Care Director, serving as a mental health resource to staff and campers, thanks to a grant from The Foundation for Jewish Camp and support from The Marcus Foundation. Robyn spent many summers at MJCCA Day Camps and Camp Barney Medintz and she brings a wealth of experience from 15 years as a school psychologist. Robyn is excited to play a role in helping campers have fun, build relationships, and create lasting memories!
Mackenzie Sherman - Director, Camp Programs and Camp Isidore Alterman 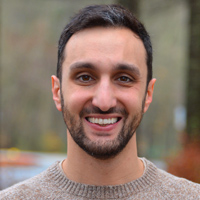 Since working as a camp counselor at the MJCCA in 2008, Mackenzie has been very involved with several departments
at the JCC, ranging from Club J to Youth Sports. Mackenzie graduated in 2013 from Kennesaw State University with a degree in psychology and a concentration in applied statistics and behavior. Following graduation, he worked at Jacob’s Ladder Neurodevelopmental Learning Center in Roswell, where he was a neurodevelopmental teacher in a small group classroom for children with special needs and cognitive delays. Mackenzie currently lives in East Cobb with his wife, Hilary; his son, Hayes; and his black lab, Moose.
Taylor Bashuk - Assistant Director, Camp Programs and Camp Isidore Alterman 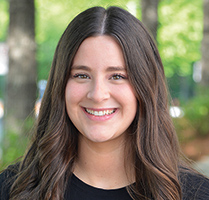 Taylor Bashuk is native to Macon, GA. She spent her summers at Camp Barney Medintz from 2013-2021 as a camper, counselor, and unit head. She attended Mercer University and graduated with a Bachelor of Business Administration in 2020. After relocating to Atlanta in August of 2020, Taylor joined the MJCCA Day Camps team as a counselor at Club J, where she is now the assistant director. As assistant director of CIA, Taylor loves creating opportunities for campers to get out of their comfort zones and try something new!
Stephanie Friedman - Director, The Lynne & Howard Halpern Drama Camp 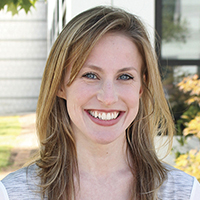 Stephanie has been working with The Lynne & Howard Halpern Drama Camp since 2012. She received her BFA in theater arts from Boston University and also studied at the London Academy of Music and Dramatic Art. As a performer, director, and educator, Stephanie has worked professionally in theaters in Atlanta, Boston, New York, Edinburgh, and London. She is dedicated to theater education and tirelessly seeks to challenge, enlighten, and inspire children through the arts.
Kim Goodfriend - Assistant Director, The Lynne & Howard Halpern Drama Camp 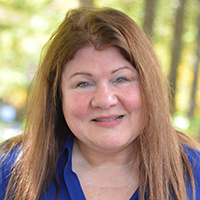 Kim has been part of the Atlanta and JCC arts scene for many years. A graduate of Georgia Tech, Goodfriend helped run the summer Midtown Experience in the Arts camp years before the MJCCA opened its Zaban Park Campus. A 2005 WABE Lexus Leader of the Arts, Goodfriend is also the founding artistic director of the MJCCA’s award-winning Jerry’s Habima Theatre, a theater company featuring actors with special needs performing alongside professionals. She is thrilled to be part of the Performing Arts Camp team.
Erin Lesure - Director, Dance Camp 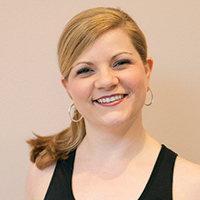 Erin graduated from the University of Buffalo with a BFA in dance. Erin has danced with Zodiaque Dance Company, as well as Buffalo Contemporary Dance Company. She was on the United States tap team in 1999 and 2000, and traveled to Germany to compete in the Tap Dance World Championships. Both years she placed in the World Medals. Erin worked as the assistant director of administration for the New York Education Department’s Summer School of Dance for five years before moving to Georgia, where she worked as the artistic director
at a performing arts facility and owned Empire School of the Arts dance studio. Erin came to the MJCCA in 2007 as the Director of Dance.
Randi Blick - Director of Creative Camp Content 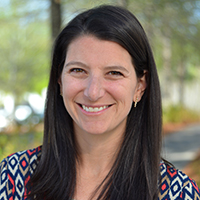 Randi is an Atlanta native and spent many summers as a child attending day camps at the MJCCA and Camp Barney Medintz! After going to the University of Florida for college, Randi moved to Washington, DC, where she worked as a producer’s assistant at Williams Gerard Productions. After a few years, Randi moved back to Atlanta and started her own video montage company. She joined the MJCCA Day Camps team in 2017 as the Curriculum Coordinator for Theme Camps and became the Theme Camps Assistant Director in 2018. Randi and her husband, Adam, live in Dunwoody with their three boys, Jonah, Logan, and Micah, and their dog, Elphie.
MK Alford - Director of Creative Camp Programming and Teen Camps 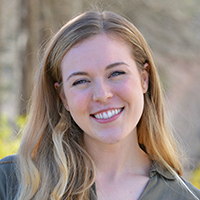 Mary Kathryn, or MK, is from Columbus, Georgia and graduated from Pace University in New York with a bachelor’s degree in acting. She loves working with kids and uses her creativity and theater experience to encourage children to use their imaginations and, most importantly, to be kind to others. In 2019, MK moved to Atlanta and started working at the MJCCA’s Club J and Kid Zone. In her free time, she enjoys the outdoors, movies, painting, and cooking shows!
Lisa Long - Director of Culinary Arts 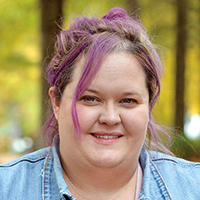 Lisa has been leading cooking theme camps for MJCCA Day Camps since 2019. She has worked at educational nonprofits with culinary arts programs to develop opportunities for culinary outreach and workforce development. She attended the University of West Georgia, where she studied international business and French and The Art Institute of Atlanta, where she studied culinary arts management. Lisa loves sharing her passion for cooking with new campers each year!
Jammie Harrison - Director, Sherry & Harry Maziar Sports Camps 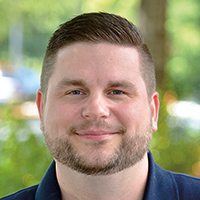 Jammie is a Georgia native and grew up in Snellville. He has been with the MJCCA since 2004, holding various roles throughout that time including Membership Manager and Registration Team Leader. His love of sports brought him to the world of travel baseball at a young age and he continued to play competitively through high school. In his free time, he enjoys playing and coaching pickleball, hiking, and dominating the MJCCA staff Fantasy Football league! He is excited to watch your athletes become future champions.
Derek Harris - Assistant Director, Sherry & Harry Maziar Sports Camps 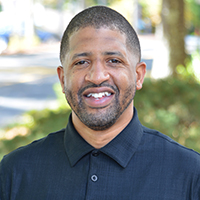 Derek Harris grew up in Birmingham, Alabama. He studied business marketing at Clark Atlanta University, where he was on the basketball team from 2004-2006. After finishing his collegiate studies, he worked for Apple Inc. and developed his own sports business. He later went on to work as an athletic program coordinator, developing sports programs for The City of Birmingham. He also returned to his alma mater at G.W. Carver High School as assistant athletics director, helping the program advance to a 2021 Class 5A Girls Basketball State Championship.
Stacey Harris - Director, Gymnastics Camp 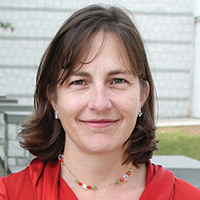 Stacey’s involvement in gymnastics began in 1976 after the Montreal Olympics. She has been a competitor, coach, judge, and a meet organizer. She earned a degree from Middlebury College in international politics and economics with minors in Spanish and Russian. Following college, Stacey lived in Russia for two years, before moving back to the states to work for the 1996 Olympics as assistant housing manager for the Olympic Village. She joined the MJCCA in 2014 and lives in Dunwoody with her husband, their two children, and her dog, Nelson.
Allye Gibbons - Assistant Director, Gymnastics Camp 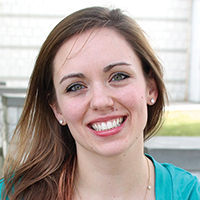 Allye is a native of Roswell, Georgia, and has been coaching gymnastics for 15 years. She has worked at gyms in Roswell and Athens, where she graduated from the University of Georgia with a degree in public health. She has also lived in Charleston, SC, where she worked for the city of Charleston’s employee wellness division. Allye started coaching at the MJCCA in 2011 and became the Assistant Gymnastics Director in January 2014.
Adam Silverstein - Director, Tennis Camp 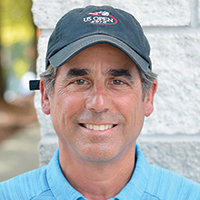 Adam was born and raised in Charlotte, NC. He was a high ranking junior tennis player before winning the North Carolina State High School Doubles Championship. He played Division 1 Tennis at North Carolina State University. Adam began working at the MJCCA in 2013. He is USPTA and USPTR certified, a gold member of the Wilson Advisory Staff, and a member of the GPTA. In his spare time, he enjoys playing competitive tennis and going to the movies.
Rob Leventhal - Assistant Director, Tennis Camp 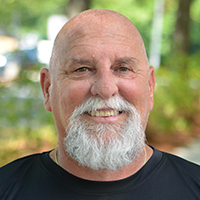 Rob was born in Omaha, Nebraska (he’s a big Husker fan), but also spent many of his formative years in Maine. He moved to Georgia in 1975 and attended North Georgia College, where he played soccer and tennis and earned his degree in physical education. Rob has been teaching tennis for over 35 years. He is a member of USPTA and USRSA, and has been on the Volkl National Tennis Sponsorship Team.When not on the courts, Rob enjoys spending time with his two boys.
Sarah Koenig - Director, Blonder Family Department for Special Needs 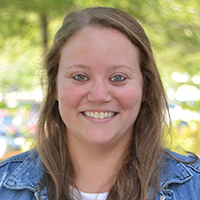 We congratulate Sarah as she has recently been promoted to Director of the Blonder Family Department for Special Needs. In this role, she will be hiring a new Director of Inclusion to work in tandem with her at MJCCA Day Camps. Sarah is a native of Atlanta and even attended preschool at The Weinstein School. She graduated from the University of Georgia in 2016 with a degree in human development and disability studies. After graduation, she was a neurological development teacher for students with behavior challenges at Jacob’s Ladder School in Roswell. She began working at MJCCA Day Camps as the Special Needs Teen Camp Coordinator in 2014 and continued on to become the Director of Inclusion in 2019. Sarah currently lives in Morningside with her husband, Danny, baby daughter, Madison, and dog, Cocoa.